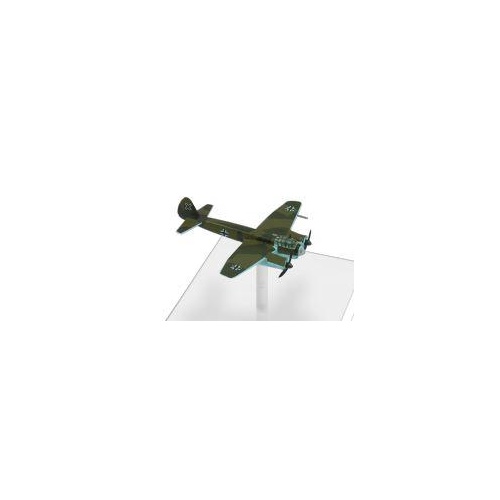 The Junkers Ju.88 A-1, originally designed as a light and a dive-bomber, was also used as a night-fighter, a torpedo bomber, and a special mission aircraft. The A-1 version was equipped with offensive forward-firing machine guns and it was able to dive bomb, being equipped with air brakes. Even if it proved to be able to face Allied fighters, its defensive armaments were poor and its bomb load was inadequate for its original purposes, and afterwards its rear firing dorsal gun was reinforced and a fifth gun was added in the lower nose. KG77 The Kampfgeschwader 77 was a Luftwaffe bomber wing that fought in all the major combat fronts all over Europe during WW2. They used all major German bomber types; though the most used was Junkers Ju.88 A.