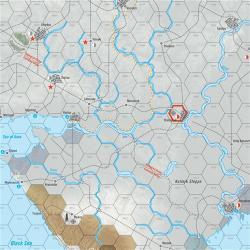 World at War #61: Peaks of the Caucasus