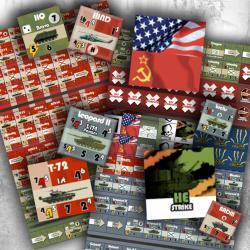 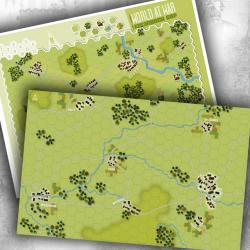 It’s the new and improved Eisenbach Gap - Eisenbach Gap Deluxe. One game that includes all the components of both the original Eisenbach Gap and Death of First Panzer. The maps are mounted and the rules and player aid cards are full color. This is a great chance to dive into the popular World at War system with the first two modules packed in one box.