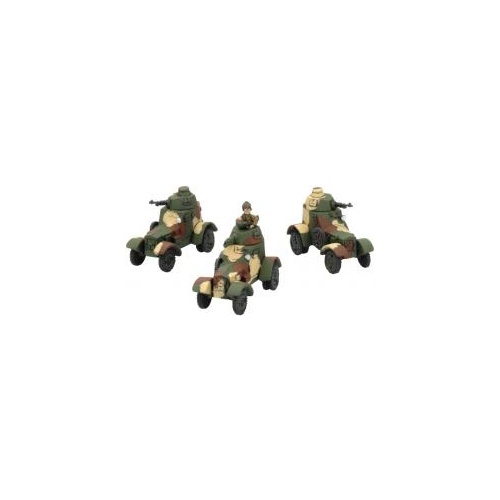 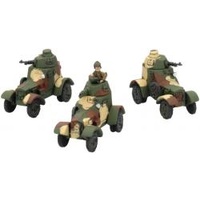 The wz. 34 was the standard armoured car of the Polish Army in 1939. It was unique in the fact that it was the only armoured car that started life as a half-track before being redesigned as a wheeled vehicle. This was due to the half-track's inadequate performance due to the level of maintenance required to keep them in the field and its low overall speed.

The wz. 34 series of armoured cars had a number of different engines, transmission and other mechanic variations but these details were often omitted in distinguishing the variants of the wz. 34 series. A more notable feature was the vertical rear plate on the earlier versions of the wz. 34 while the later version featured a sloped rear plate. Armament wise, around one third of the wz. 34 armoured cars were armed with the SA 37mm gun and the remaining vehicles were fitted with a 7.92mm Hotchkiss wz. 25 machine-gun.

During the fighting against the Germans in September 1939, the crews of the wz. 34 displayed a great deal of bravery despite the limitations of their vehicles. Those wz. 34 which survived the polish campaign were captured by the German and used for occupational duties after the Poles surrendered.

The Wz. Armoured Car in Flames Of War