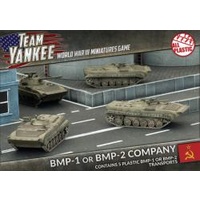 Based on lessons learned from early experiences in the Soviet War in Afghanistan, a version with improved fighting qualities was developed, called the BMP-2. It was accepted into service in August 1980.