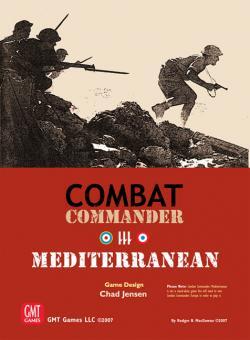 Each scenario is designed specifically for tournament play with situations and scenario special rules crafted to test a player’s skill and Combat Commander knowledge. The twelve scenarios cover actions from 1939 to 1944 with each of the combatants in the Combat Commander Series represented in at least one scenario. The Tournament Guidelines Booklet contains the preferred rules the designer uses to implement and run tournaments at the World Boardgaming Championships and the PrezCon Game Convention. These guidelines are an out of the box solution for any potential tournament host but are also easily adapted to suit any style of tournament play.

The scenarios included in CC Tournament Battle Pack–Leader of Men are: