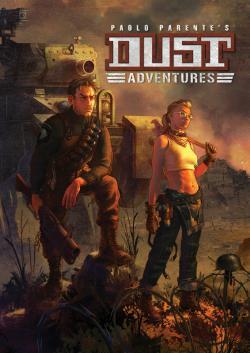 From the mind of Paolo Parente comes the world of Dust. Another Earth. A different 1947. The Second World War has raged for nearly a decade and its grip has spread to every continent on the planet. War has advanced swiftly and strangely in the Dust universe through the application of Alien VK technology — a limitless source of energy in its simplest form, and an unthinkable weapon in the wrong hands. Tanks have evolved into powerful combat walkers and rocket troops take to the skies. The latest laser cannons, phasers, and Tesla weapons rule the battlefield.