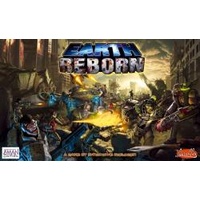 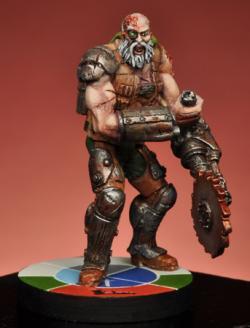 After 500 years, two factions emerge from their underground cities into a new world, an Earth reborn from nuclear disaster.

12 highly detailed miniatures represent the two factions which are:

NORAD: military in thinking and origins. Scientists, engineers, add to their strength.

SALEMITES: occultists working with cadavers, bringing the dead to life.

Soon after emerging, these two factions meet - and it is determined that they can not live together in peace.

Earth Reborn offers nine scenarios that take you through missions of rescue, retrieval, escort. Through areas of labs, mansions, towns, and more. Each scenario builds upon the rules of a new chapter: the game system is built like a tutorial: There are core rules to start the game and each chapter offers 1-3 new rules along with a scenario that uses these new rules.

The game also contains the innovative S.A.G.S. (Scenario Auto Generating System) where 2-4 players can make their own maps and mission objectives for near infinite replayabiity!