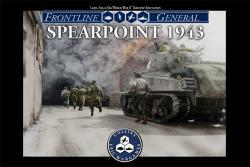 This is an expansion for Spearpoint 1943: Eastern Front.