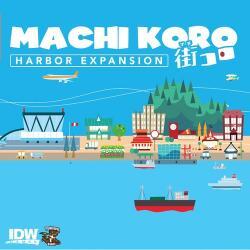 You will have access to powerful new cards like the Harbor, Airport, and more. Most importantly you will be able to add a fifth player to the game for the first time ever! With new mechanics and a new set-up variant, this expansion adds tons of variety to an already incredibly replayable game.