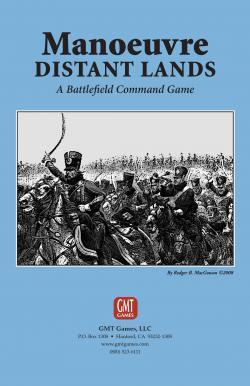 Manoeuvre: Distant Lands is a fast-playing game of battlefield command, set in the early 19th Century. It can be played as a stand-alone game, but it is recommended that for enhanced variety of armies, it is best to combine with the original Manoeuvre.