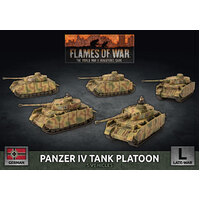 It was the most produced of all the Panzer IV variants with 2,774 tanks produced and another 30 hulls being used for early StuG IVs and 130 for Brummbärs. It was produced by Krupp-Gruson AG in Magdeburg, Vomag AG in Plauen and Nibelungenwerke AG in St.Valentin.

Like all Panzer IVs it had a crew of five: a commander, gunner, loader, radio operator and driver.

On 6 June 1944 (D-Day) the majority of Panzerkampfwagen IV tanks present in France were the Ausf H model.