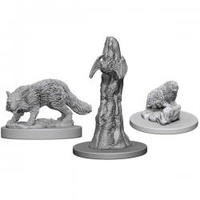 Figures shown on a 20mm base (included).