Shadows of Brimstone: The Ancient One XXL Deluxe Enemy Pack 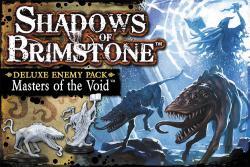 Shadows of Brimstone — Beli'al, Last of the Shadow 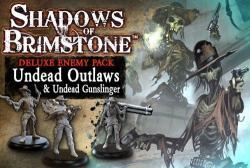 One of a massive and powerful race of alien beings, The Ancient One is from far beyond the stars! As old as time itself, he slumbers in the Void, dreaming worlds into existence and crushing entire realities with his nightmares. On rare occasion, The Ancient One will stir in his timeless sleep, manifesting himself in a physical form that can hold shape in our world. Tearing a hole in time and space, he emerges from the Void, bringing Ancient Doom and despair to all those who lay eyes upon his hideous and twisting visage.

The Ancient One is a massive XXL Enemy that rivals Beli’al, both in size and theme! He is a terrifying foe to behold that can alter reality out from under the Heroes - shifting time, re-writing history, and breaking open portals to other dimensions during the fight. Sweeping his monstrous Sword of Felg’nar with every attack, The Ancient One can easily slash through entire groups of Heroes in one fell strike. He also comes with a deck of Ancient Doom cards that give him a motivation for why he has emerged from the Void to crush the Heroes. One of these cards is drawn whenever The Ancient One enters play, and gives a thematic reasoning for his attack, a special bonus to The Ancient One himself, and alters the ‘End of Mission’ Failure and Rewards for the current Mission being played.