These are the Voyages: Mission Compendium Volume 1 presents eight ready-to-play missions for Star Trek Adventures. Within this book Gamemasters will find the means to test their Starfleet officers at the front line of Starfleet operations. Create your own Star Trek stories of discovery and adventure on the Final Frontier. This is a 128 page full colour hardback book.

Respond to a distress signal from a mining colony in revolt and discover new life in its mines. 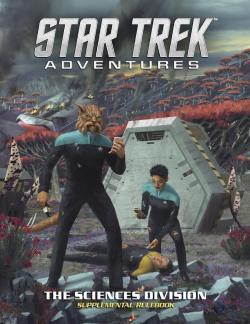