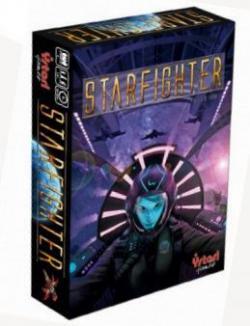 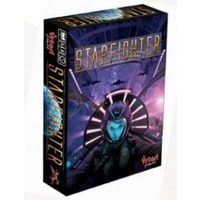 It's been almost 100 years since the Very Great Depression ruined the economy of the world. In that time three Solar Wars have been fought over the mineral rights to rich lunar deposits around the galaxy. The conflicts have left Humankind depleted, physically and financially. There are still battles between the corporations, but they are smaller in size and scope. There are usually no more than a couple large cruisers. It's the kind of fight that can really make a name for a young pilot. Control your hand, manage your attack and exploit your opponent's mistakes.

In Starfighter it's a head to head battle with only one corporation left standing at the end…make sure it's yours..