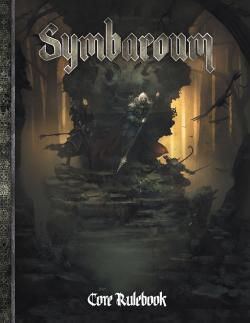 Explore the vast Forest of Davokar in the hunt for treasures, lost wisdoms, and fame. Visit the eleven barbarian clans to trade or plunder their treasuries. Establish a base of power among princes, guilds, or rebellious refugees in the capital city of Yndaros. Or survive encounters with famished Arch Trolls, dark-minded Blight Beasts, and undead warlords. But whatever you do, never ignore the warnings spoken by the wardens of the forest: tread carefully and do not disturb the ruins of old, for the dark deep of Davokar is about to awaken.

The Symbaroum RPG: Abilities & Powers Deck is a two deck boxed set contains 120 cards detailing the level descriptions of all abilities and mystical powers included in the Symbaroum Core Rulebook and the Advanced Players Guide, plus three new ones.