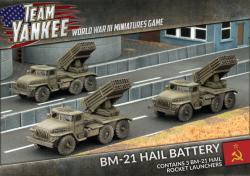 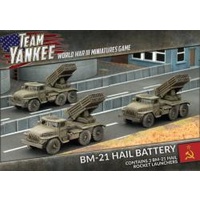 The BM-21 Grad (Hail) is a direct descendant for the famous Katyusha rocket launcher of the Second World War. The box launcher, housing four rows of ten tubes, is mounted on a Ural 6x6 truck. The BM-21 can fire fin-stabilised 122mm rockets, which can be fitted with fragmentation, chemical, or incendiary warheads, up to 16km (10 miles). A single volley from a BM-21 battalion of 18 launchers fires 720 rounds in 20 seconds, the equivalent of five division’s worth of guns firing together. Clearly, the 'Hail' is well named.