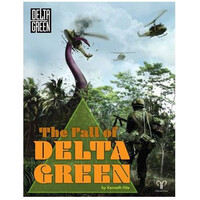 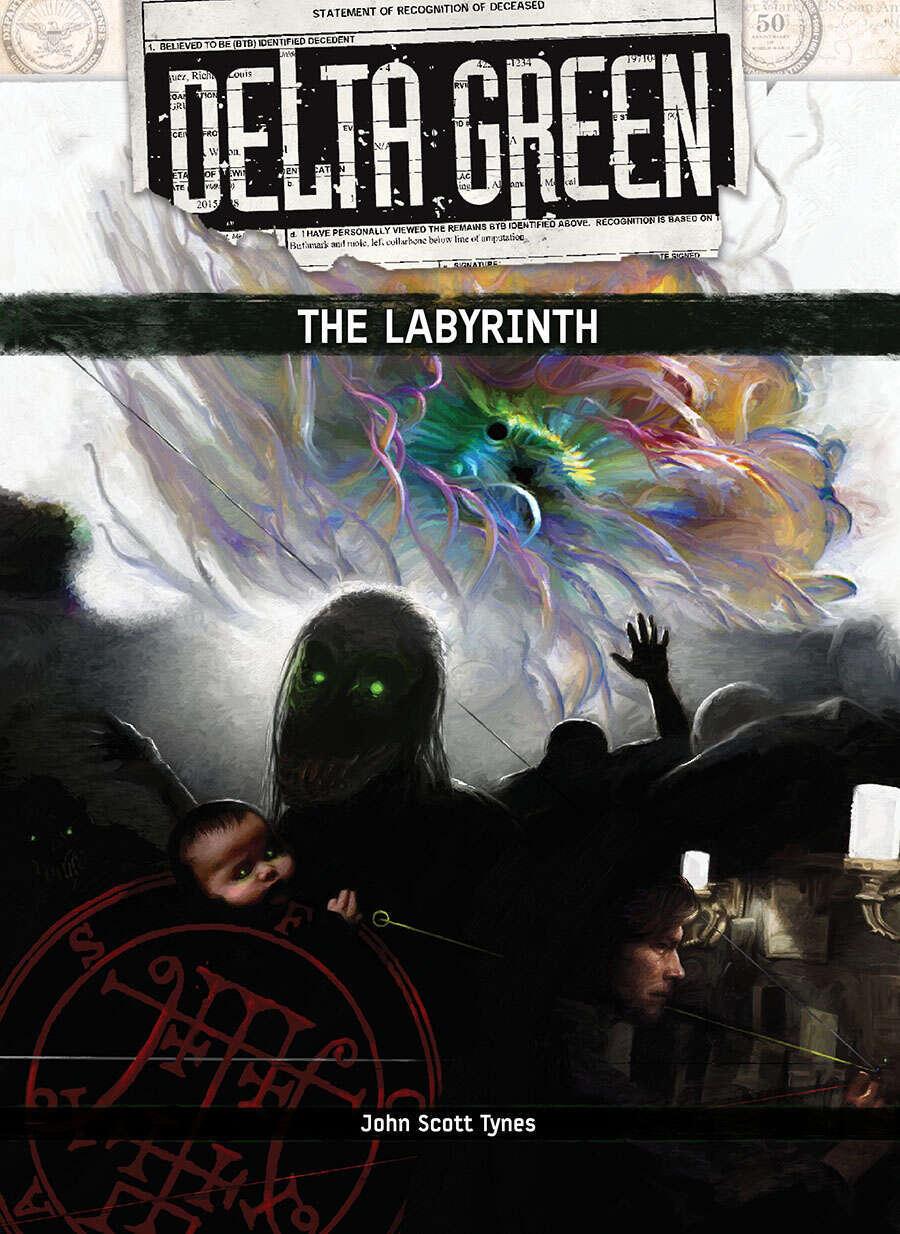 The United States declares war on poverty and sends half a million troops to Indochina; desegregates voting booths and shoots rockets at the moon. Everyone believes that if we put our mind to it and our backs into it, there’s nothing we can’t do to make the world better, for America and everyone else.

You know that this is a lie. You are an Agent of DELTA GREEN, an authorized but unacknowledged black program of the United States national security establishment, tasked to hunt and destroy the Cthulhu Mythos. You know that plans and ideals, peace and love, matter less than a single atom drifting in the galaxy. All you can do is rage against doom, burn out your mind and body, and damn your nonexistent soul keeping your family, your country, your planet, ignorant and safe for one more day.

Written by ENnie Award-winning designer Kenneth Hite, The Fall of DELTA GREEN corebook adapts DELTA GREEN: THE ROLE-PLAYING GAME from Arc Dream Publishing to the award-winning GUMSHOE system. It opens the files on a lost decade of anti-Mythos operations both foreign and domestic, the last days of DELTA GREEN before the Joint Chiefs shut the program down in 1970.

Players take on the role of DELTA GREEN operatives, assets, and friendlies, in deadly one-shot adventures or a campaign spanning the years from hope to madness. Hunt Deep Ones beneath the Atlantic, shut down dangerous artists in San Francisco, and delve into the heart of Vietnam’s darkness.

The Fall of DELTA GREEN features:

“Back in the World” vignettes that let you explore the human side of your Agent’s life—and often track their slow destruction by DELTA GREEN.

The rich world of the Delta Green Mythos, including a gazetteer of unnatural lands, the desperate truth of Hastur, and period takes on the top-secret MAJESTIC program, the Nazi Karotechia, the alien Greys, and the decadent Cult of Transcendence.

Interoperability with Night’s Black Agents, Trail of Cthulhu, and The Esoterrorists: Use your favorite GUMSHOE rules to battle the unnatural in the 1960s!