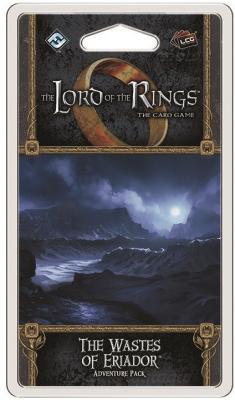 The Lord of the Rings LCG: The Wastes of Eriador

The Wastes of Eriador kicks off the epic Angmar Awakened cycle of Adventure Packs for The Lord of the Rings: The Card Game! When one of the Rangers of the North is taken captive, it’s up to a handful of Middle-earth’s greatest heroes to lead the rescue effort. But as their travels lead them deeper into the tainted hills of Angmar, the hunters become the hunted. In addition to its new scenario, The Wastes of Eriador also introduces a new hero, a new Valour mechanic, and three copies each of nine different player cards.