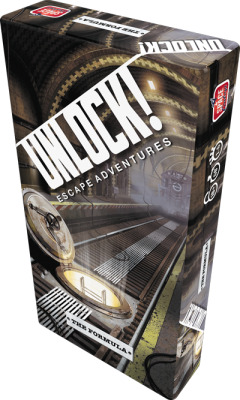 Unlock! The Island of Doctor Goorse is a complex and multifaceted mystery adventure set on a billionaire antique collector's island. The crash-landing that got you there will separate players into two teams, adding yet another obstacle to achieving your brilliant escape.