UFAG C.I (161–138)
As a high–performing 2–seater, available in limited numbers, the UFAG C.I was often reserved for the best available crews. This model has special cards to reflect that. 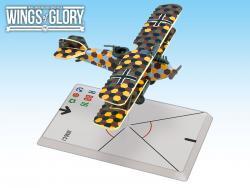