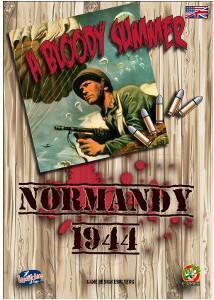 Ligny and Wavre 1815 is a complete game in the Jours de Gloire series. It covers the battles which occurred on June 16th, 18th and 19th, during Napoléon’s offensive in Belgium against the armies of Wellington and Blücher.

Ligny 1815 is the last victory of Napoleon: with his Armée du Nord, the Emperor attacks Blücher’s Prussians and inflicts them a severe defeat. But the the bulk of the Prussian army survived and went on to play a pivotal role two days later at Waterloo

Wavre 1815 shows the two days useless fights of Grouchy corps against Thielmann, when, at the same time, Napoleon was decisivly beated at Waterloo.

An additionnal scenario features a « what if Grouchy have been abble to reinforce Napoleon at Waterloo? ». It requires the Les Quatre-Bras and Waterloo 1815 module to be played.