Filled with monsters, beasts, magical creatures, plants, and non-human species to fill your RuneQuest campaigns! The RuneQuest: Glorantha Bestiary contains nearly 200 creatures native to the world of Glorantha or in the spirit worlds adjacent to it. These creatures range from weak to apocalyptically powerful, allowing a RuneQuest gamemaster to choose the right creature to suit any encounter or need.

Entries are divided into Elder Races, creatures of Chaos, monsters, natural animals, dinosaurs, giant or unusual insects, spirit entities, summoned magical beings, and noteworthy plant types. Another chapter, Terrors, describes the most horrific and powerful entities walking the world of Glorantha, such as the enormous Crimson Bat, the three-bodied Chaos horror Cwim, the Chaos Gaggle, and the Fiend of Cacodemon.

Each entry is presented in the same format as player adventurers, including attributes, hit locations and armor, weapons and special attacks, skills, languages, magic, and more. Sections in each entry include Myths and History, Subtypes, Description, Culture, Government, Religion, Region of Origin, and more, with adventuring races expanded in considerable detail.

Non-human species detailed for use as player character adventurers, ranging from multiple types of Elves, Dwarfs, Centaurs, Dark Trolls and Great Trolls, all the way to unique Gloranthan species such as intelligent Baboons and Ducks, Dragonewts, Men-and-a-half, Trollkin, and Wolfbrothers, complete with their professions, cults, and magic. 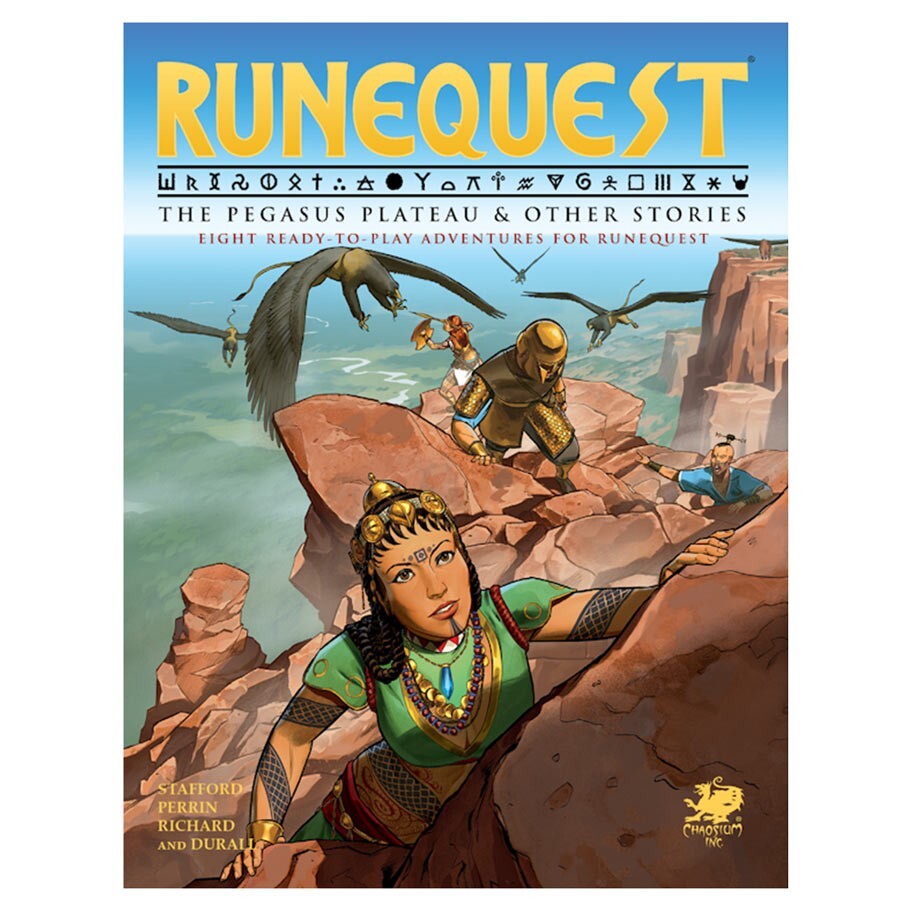