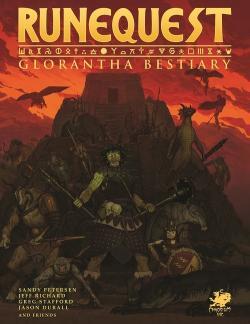 Set in the mythic fantasy world of Glorantha, The Pegasus Plateau & Other Stories features seven complete ready-to-play adventures, taking you from ghoul-haunted catacombs, into mystic ruins, across the arid deserts of Prax, and up to the rocky pinnacle of the Pegasus Plateau!

The seven adventures are:

Additionally, The Locaem is a new tribe for use by gamemasters and players, and the lonely village of Renekot's Hope, perched between the Lunar Empire and its enemies in Sartar, provide refuge... or a springboard for adventure!

Suitable for new and veteran gamemasters and players, each adventure spotlights a unique aspect or area of Dragon Pass. They can be used as introductions to Glorantha or as part of existing campaigns. 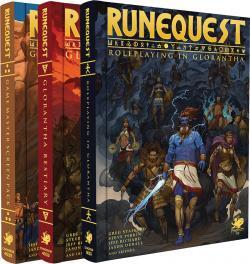