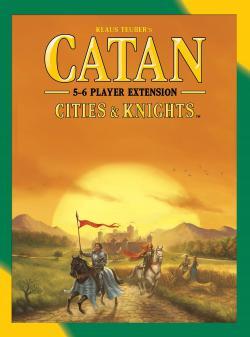 CATAN: Legend of the Conquerors is the story after the episode that was played out in Cities & Knights.

An Old World country has arrived posing threat to Catan’s independence, and a large army has landed on the northern shores. Players adopt the roles of Catan army commanders over the course of three new scenarios to try to thwart the conquest of the island by Old World invaders.

This scenario requires the CATAN base game and the Cities & Knights Expansion to play.